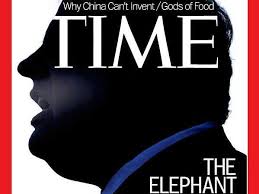 Mental  illness is only dangerous if it is untreated. Chris  Christie’s  public  behavior  makes  him  look  like  a like guy who can’t get his shit together. When  confronted  by someone who disagrees with him, he screams, bullies and shames the person. Watch any of these videos and you’ll see a man prone to temper tantrums, who lacks control over his emotions and impulses.

Why does this matter? Because Chris Christie’s inability to manage his mental health, his impulses or his temper make him totally unqualified for the presidency. An insecure guy trusts the wrong people. A guy who loves to rip down humans in his path will always side with the already big and already rich.  A  guy  with no impulse control will jerk wildly from thought to thought. He’ll say dumb things that will spook the markets, robbing you of stability and crashing your 401k, economy and prospects. You will truly be on your own. We  need  a  grown-up  without  an  itchy  trigger  finger  to  deal  with  our enemies and friends.

Chris Christie’s back story is not his fault, but hiding from the way he reacts to the plot points is. He has a special obligation to grapple with the influences on his mental health – that means talk therapy, drugs and self-candor.  This obligation comes – not from his request for leadership – but from his aging into adulthood. The fact that he also wants to be president makes his problems our burdens.   If Chris Christie chased his mental health demons, he could clear up a lot of the behavioral problems that make him a scary Oval prospect. Then again, if he successfully resolved his mental health demons, he would probably turn out to be a totally different man – empathetic, humane, still determined: in other words, a progressive.