Conformity Kills: A Response to Bobby Jindal’s End of Race 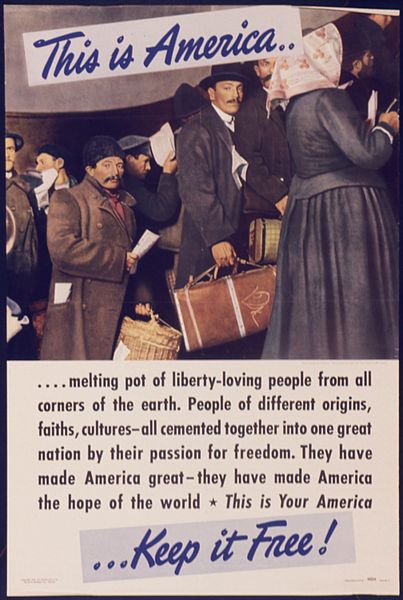 Over the weekend, Bobby Jindal, Governor of Louisiana, put out an op-ed telling people to drop their identities and subsume themselves into what he called, “The end of race.” He demanded that anyone who identifies with their tribe to knock it off and just become American. He said that political correctness is turning our melting pot into a salad bowl. Aside from the terrible writing, it also means nothing. This guy wants you to be Jewish long enough to have a knish; or African American long enough to have some beans and cornbread.

There’s this whole story on the right side of the country that racism is dead because blacks can sit at lunch counters and have rights under the law. And when we talk about race, we are really just drawing boundaries around ourselves and making it worse. What race deniers are really saying is that legal racism – irrational and unreasonable – is dead because the laws have changed. And that their discussions about violence, laziness and criminality of African Americans aren’t racist, they’re just accurate. Listen closely: you’ll hear racists telling you they aren’t racist and then try to convince you (and maybe themselves) that black and brown people are culturally and morally different/inferior.

This is all a fantasy. This is like that great scene from About Last Night. A mother whispers the unpleasant words so they don’t hang around, “Did you hear about Margy Mortenson? Cancer.” That’s like my cat at the vet. He shields his eyes and thinks no one can see him. It’s like staring straight ahead when you walk down the street. The beggars are still there, they still scare you, and you still pray it never happens to you.

Pretending something isn’t there doesn’t make it so. There is still real racism today. People actually compare President Barack Obama to a monkey. People really do assume black people are criminals. Racial animus cost President Obama three to five percentage points of the popular vote in each of his presidential elections.

[box]An economist found that geographical areas where there were higher racist Google searches also produced lower votes for President Obama than for other Democratic candidates. Seth Stephens-Davidowitz spent two years looking at Google Insights, which tells you how often words are searched in different parts of the country, and found that “racist searches are made with what many would consider shockingly high frequency on Google.” Stephens-Davidson found that “nigger” was included in as many Google searches as terms like “Lakers,” “Daily Show,” “migraine” and “economist.” “The higher the racially charged search rate in an area, the worse President Obama did compared with Sen. Kerry….Racial prejudice gave John McCain the equivalent of a home-state advantage nationally.” Here is his original New York Times article and his follow up in the New Republic.[/box]

And even getting past racism, people are tribal and so are you. Your tribe can be a sports team, religion, government or corporate entity, spiritual group, sorority or fraternity, country, cult, ethnic group, profession, sex, race, military branch, political party, pro or anti movement, or any other group. And even though you may not want to admit it, it probably skews the way you look at the world.

Look, in some way, I get Jindal’s comments. Of course it’s frustrating when you meet someone who doesn’t speak English. I agree that men and women would have an easier time creating opportunities if they were fluent in English and conformed to mainstream dress and speech. Of course it’s a culture shock to encounter African American men wearing shower caps. And no, I would probably never want to live above an Indian restaurant even though I love Indian food. I also have had conversations after conversation with liberals who admit, sheepishly, that some African Americans they work with in the city seem to have no idea how to go get what they want on their own.

But here’s what I also know: I know lots and lots and lots of white people who speak differently or even a variation on English. I’m most lost and scared outside Wrigley Field after a Cubs game on a hot day, because the macho, rowdy, drunk white guys are out of control. I’ve known and been related to an awful lot of white people who coast along in spite of their deep laziness and sense of entitlement. I’ve known extremely educated white people who look at every ethnicity like their strangers, or enemies, or worse.

I also get his plea that people should be Americans first. I once roomed with a girl in DC who was profoundly proud of her ethnic heritage – she was Swedish. She pushed lutefisk and lefse and embroidery and odd smoked salmon paste that she squeezed from a tube. And if I had to hear one more damned thing about Ikea (this was 20 years ago, so Ikea was new).  Did I mention she was Swedish? And, I get it that Governor Jindal is the son of immigrants from India, so he has lots of credibility on this.

But the simple fact is that race is still here, it still impacts the way people deal with each other. And how can we ask people to stop recognizing something about themselves that other people react to? And, why should we? Why can’t I be proud of my Jewish-American identify or my Gay-American identity or my Liberal-American identity or my Kappa Kappa Gamma-American identity? I have friends in each of those tribes, because I need to connect with people who face similar obstacles and feelings as I do.  It seems silly and childish to tell people of color that they should give up connecting with people who look like them so that we can be more comfortable with them.

Here’s what I would say to Jindal and people like him: You don’t get to tell me the terms on which I can be fully accepted as a citizen. How about instead you take your tension and discomfort with me and my differences – and my belonging in groups you don’t know – and shove them? When did so many conservatives  become Douglas Niedermeyer and other slick-haired villains from movies of the 70s and 80s? And really, how did you get to own the country? If you wanted to live in a country with a smaller number of ethnicities, your family could have stayed in India. But, you and your family came here, not to be American, but to be free and to be yourself.  Every fabric is stronger with a mix of fibers. Same thing with communities and countries.

Instead of asking some people to be less ethnic, how about asking everyone to be more open-minded? You should accept people for who they are. You should have empathy for everyone, because you’ve been given leadership, an enormous privilege. Don’t fritter that privilege by insisting we all conform.
Jindal’s command is also an emblem of our decline. Asking everyone to be “American” assumes that there is some national standard and we conform to it or we get expelled. We should melt into the melting pot rather than float freely in the bowl. But, submerging yourself into the majority just makes you ordinary. Some people want ordinary and that’s fine. But, there really is no ordinary anymore. There are the 12 guys at the top who make more money in 10 minutes than you make all year and there are the guys underneath who are their servants. And then, there’s everyone else. And everyone else’s fortunes are sliding down hill. The reason why they are sliding downhill is because people bought this idea not just that you should be like everyone else, but that standing out was embarrassing and revolting. That we wanted people to be like all the rest.Conformity kills.
Sources:
White Conservative Male Pundits To Nation: Racism Is Over, Stop Talking About ItNot racist? | All Things DemocratMove Over Climate Deniers, Here Come Racism Deniers | Blog | Media Matters for America
We Are All Welfare Queens Now – Ta-Nehisi Coates – The AtlanticContrary to “Entitlement Society” Rhetoric, Over Nine-Tenths of Entitlement Benefits Go to Elderly, Disabled, or Working Households — Center on Budget and Policy PrioritiesEvolution Explains Why Politics Is So Tribal: Scientific AmericanOpinion: The end of race – Gov. Bobby Jindal – POLITICO.comAre Emily and Greg More Employable than Lakisha and Jamal? A Field Experiment on Labor Market DiscriminationE Pluribus…Separation: Deepening Double Segregation for More Students — The Civil Rights Project at UCLA
#bobbyjindall#cocosoodek#meltingpot#racism#tribe