Your Internet Service is Slow and Overpriced 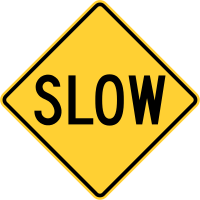 Your internet is so much slower than it should be, than it could be and than it is everywhere else in the world. Let’s start out with a few stats:

High speed Internet in the US is sub-par in so many ways from speed to price to choice in Internet service provider (ISP). Slow service for outrageous prices is not just happenstance – it’s intentional. Big internet companies are purposely slowing your internet. By refusing to innovate, install new equipment, improve their technologies and offer Internet service to rural and poor areas they are able to keep a firm grip on their monopolies and inflate prices based on increasing their profit margins. But here’s the kicker: when governments or local groups try to implement faster, cheaper broadband that we should already  have access to, companies like Comcast and Verizon hire lobbyists to stamp out those efforts and try to make it illegal for communities to build out their own networks.

The bottom line is that there are simply not enough ISPs to foster a competitive environment that would force them to offer you anything more than the bare minimum. And, to top it all off, the more we all experience buffering, office computer wait times and just a half a bar on our phones, the more we begin to accept this learned helplessness as just a fact of the world.

As if the current state of affairs wasn’t bad enough already, it’s all about to get so much worse. Comcast intends to merge with Time Warner Cable, picking up 40% of broadband customers and 30% of cable customers in the US. AT&T and DirecTV intend to merge as well, effectively reducing broadband and cable competition to absolutely nothing.