Net Neutrality: the What, the Why and the How-To 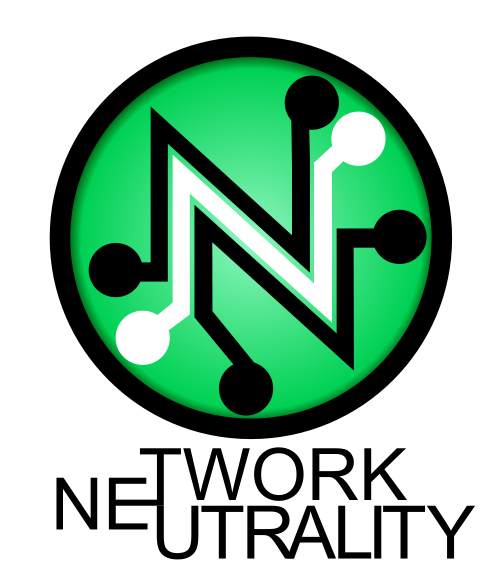 Net neutrality is the set of rules that allow you to get any legal content you want over the internet. It is the idea that you don’t have to pay more to ISPs for better access to online content, and content producers don’t have to pay ISPs more for you to access their websites or apps.

Unlike Britain and France, America unwisely has no “common carriage”, allowing for internet service providers to rent cable companies’ pipes and compete on price and speed. Already Americans pay far more than people in other rich countries for slower internet. Comcast will have extraordinary power over what content is delivered to consumers, and at what speed.

In other countries, they did the opposite. Nearly every developed nation across the globe enjoys faster broadband speeds at lower prices than the United States. Offering higher speeds at lower prices is a direct result of government intervention forcing a climate of fierce competition rather than that of complacent monopolies like we see here. Consumers in places like South Korea, Japan and Europe enjoy the ability to choose between a list of several ISPs, all offering similar products and services at competitive prices.

Other nations are not afraid of implementing government regulations that improve the well-being of their citizens. They have come to the realization that Internet access is a necessity in this age of information and technology, and they have done what they can to ensure that everyone is able to be connected at higher speeds and affordable rates.

Internet policy in the United States, however, is based on what is good for providers rather than what is good for consumers. Rather than enforcing consumer protections and ensuring equal access for everyone, the US government has decided to side with the monopolies and let them continue to extort exorbitant fees for access to an underperforming network.

Today, the FCC continues to treat the Internet as a “special service” not required to function in a modern world.  If the FCC treated the Internet as you and I treat it – like a limb – the FCC would declare the Internet a common carrier and the net neutrality debate would be over. We would be more like everywhere else in the world, with better internet service at cheaper prices because competitors would spring up to jostle their way to the front of the line. Who among us wouldn’t leap to dump Comcast – overpriced, arrogant, bloated and cynical? But, the FCC is caught in a vortex of smudgy legal categories and consistent lobbying from the telecommunications industry and, depressingly, that industry-loving White House, quietly snaking the Internet out of your grasp and firmly into the grip of the big companies.

How We Got Here

The impending doom of net neutrality is a reminder of how we’ve gone off the rails.

Unfortunately, the bad guys had other plans, following a well-worn path of war on American citizens. First, they fielded their 3-headed army of lies, lobbyists and allies. In the 1980s, big business and Ronald Reagan, taught us all that safety rules, consumer protection, dismantling monopolies and fair play – led by us through our government – were not just wrong, they were ludicrous. Through repetition and ridicule, they convinced us that ripping out regulations is good for business and people. Clinton and his allies on the conservative side of the Democratic Party caught this idiotic sickness – this Deregulation Fever – and started dismantling the rules and protections put in place to protect the rest of us from the few psychopaths at the top. (Branch off in one strain of Deregulation Fever and you get to the elimination of the wall between investment bankers and your mortgage and savings accounts which led to the 2008 crash; branch off in another strain and you get the dismantling of net neutrality.)  GW Bush came in, appointed Michael Powell, a deregulation zealot to lead the FCC, and the FCC just simply stopped enforcing fairness rules around the Internet. Obama has not been much better.

All we have for comfort are legal protections that existed before, the lobbying of you and other powerful content providers who don’t want to pay ransom for fair speeds and the promise of new technology.

Where does Net Neutrality Come From?

A law professor named Tim Wu wrote a paper in 2003 promoting a fair, non-discriminatory Internet. He named that principle “network neutrality.” After that net neutrality began to creep its way into law – slowly and quietly.

First, the 1996 Telecommunications Act has a section – Section 706 – entitled Advanced Telecommunications Incentives that says if the FCC  determines, as a result of its regular inquiries into the deployment of broadband, that Americans are not being adequately served by high-speed internet, the FCC “shall take immediate action to accelerate deployment of such capability by removing barriers to infrastructure investment and by promoting competition in the telecommunications market.” So, at least the law gives the FCC power and an order to roll out broadband around the country.

Towards the end of the 20th Century, Clinton’s FCC made phone companies share their phone wires with other DSL providers. This requirement helped create a competitive market for high speed internet service.

The Telecommunications Act of 1996 calls for strict regulation of providers of telecommunications services, subjecting them to taxes and calling them common carriers. Such providers are required to sell access to their networks on a nondiscriminatory basis. Providers of information services, by contrast, are largely unregulated and untaxed.

But, in 2005, the Supreme Court decided to let the Bush Administration stop making phone companies share after its decision in the Brand X case1 (the reason we are where we are today).

In 2005 the FCC also put out a sort of web-surfer bill of rights (in its Internet Policy Statement) in which it states that consumers are entitled to:

Finally, and this is the big one, on December 21, 2010, the FCC issued a Report and Order entitled “Preserving the Open Internet: Broadband Industry Practices” (the “Open Internet Order”). The 2010 order had 3 building blocks2 of net neutrality, all of which were orders that broadband providers must:

When Verizon saw the 2010 Open Order it lost its Goliath mind, sued the FCC and won. The federal DC Circuit Court struck the FCC’s building blocks. When the judges struck the building blocks, they said that since the Internet was given its own special category – different from phones and cable – they couldn’t be required to treat access to content fairly or to not block content. The court actually struck the “no blocking of content” rule.

So, the FCC needs to classify internet as a utility to stop ISPs from blocking or slowing content. And the good news is that the court did say that the FCC “has authority to regulate if it promotes nationwide broadband deployment.”

What We’re Fighting About Now

The FCC issued new rules on May 15, 2014, which would kill net neutrality by allowing internet service providers to create a fast, expensive lane for content. But, the FCC also tried to balance that new lane with 3 new rules:

In any event, the FCC’s Chairman, former telecom lobbyist Tom Wheeler3 said this:

If the network operator slowed the speed below that which the consumer bought (for reasons other than reasonable network management), it would be a commercially unreasonable practice and therefore prohibited,

If the network operator blocked access to lawful content, it would violate our no blocking rule and be commercially unreasonable and therefore doubly prohibited,

When a consumer buys specified capacity from a network provider he or she is buying open capacity, not capacity the network can prioritize for its own profit purposes. Prioritization that deprives the consumer of what the consumer has paid for would be commercially unreasonable and therefore prohibited.

Simply put, when a consumer buys a specified bandwidth, it is commercially unreasonable – and thus a violation of this proposal – to deny them the full connectivity and the full benefits that connection enables.

Chairman Wheeler said, essentially, that if the big ISPs don’t cooperate, he will be forced to re-categorize them as a common carriers. To add muscle to the threat, he has requested that the public comment on both the proposed rules and on re-categorizing the ISPs as common carriers.

a net-discrimination rule, and, if enacted, it will profoundly change the Internet as a platform for free speech and small-scale innovation. It threatens to make the Internet just like everything else in American society: unequal in a way that deeply threatens our long-term prosperity.

And, as if to make Wu’s point, several CEOs of the major ISPs actually sent a threatening letter to the FCC on May 13th stating that if ISPs are made common carriers, these CEOs will be forced to make the Internet worse than it already is. These monopoly holders argued that making the Internet a utility would mean that “new service offerings, options, and features would be delayed or altogether foregone. Consumers would face less choice, and a less adaptive and responsive Internet.” Their argument only works if you forget that most Americans have one – maybe two – choices for internet and that the absence of competition is what is making our Internet overpriced, slow and unreliable already.

If the FCC decides to reclassify Internet service providers common carriers, the legal fights are certain, but the results are not. A decade of FCC statements, some problematic court decisions (including Brand X from the Supreme Court) and the muddiness of the statute itself gives the big ISPs fighting words. But, win or lose, it’s a fight worth having. Picking and waging public fights is the only way to push real change, because the battles draw the issues out into the open. Part of the problem with the state of our Internet is that many of us are not aware of how much better we ought to have it. Thanks to the tireless (and seemingly rabid) protests of net neutrality activists, we have a short, unlikely chance to save the Internet and make it better.

Tell The FCC to Keep the Internet Open!

The rules proposed on May 15, 2014 will now be subject to comment until July 27, 2014 (60 days) and in response to comments until September 10, 2014. Don’t count on your government to do the right thing and ensure your unfettered access to content on a fast, reliable Internet.

You must take action. Send a comment or an e-mail to the FCC and tell them you want the Internet re-categorized as a common carrier. Dare the FCC to side with the people, rather than with the companies waiting with lucrative jobs for them after their “service” to us is done.

Be sure to reference “Proceeding Number 14-28” when you make your voice heard!

1. In the Brand X case, Brand X was an internet provider that wanted to force cable companies to share its cables with Brand X, just like the phone companies had to do (but as you know, dial-up sucks). ⤴
2. Didn’t apply to peering agreements or mobile web providers.⤴
3. http://www.fcc.gov/leadership/tom-wheeler⤴