The Northern Case for Southern Secession 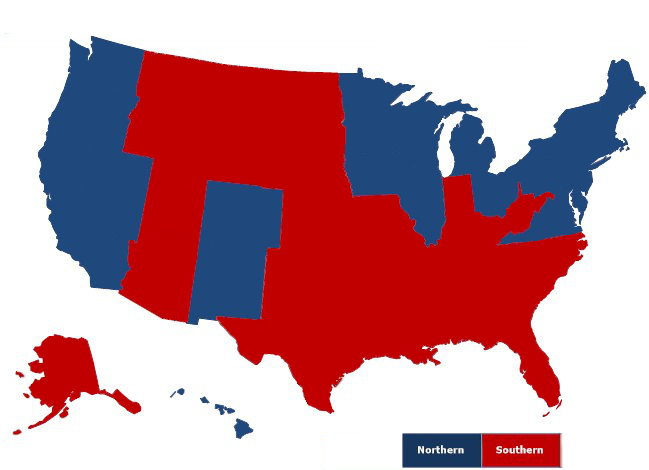 The Case for Southern Secession

My grandparents were married for 54 years. My grandfather could be lovely, and he could just as easily be disdainful or absent. On the eve of their 54th New Year’s Eve together, my grandmother refused to accompany my grandfather to their condo in Florida. He begged her to join him. They had never been apart for the holidays. She refused. When I asked her why, she told me that he needed to see what it was like to be left alone so often and to learn to appreciate her. She was hopeful that a holiday alone would do the trick. I’m not sure she was right. When she became sick later that year, he took off to make an unimportant speech and when he returned, she had died. In the end, they valued different things.

For nearly 300 years, the North has been locked in a fraught, hostile marriage with the South. I’m a Northerner and I feel unappreciated. Southerners have blocked improvements and investments, shut down the Congress, enslaved a race, and left us, or threatened to leave us, repeatedly. Now, it turns out their ambivalence about our marriage remains. According to this article, 25% of them favor seceding from the Union. There is a growing Southern movement to divorce us and go it alone.

As a Northerner, I’m sick of playing the cuckold; giving, giving, giving, waiting to be met halfway. So much pretending, just to keep us together. I pretend to like fossil fuels, a filthy relic of the 19th century propped up by a government my spouse hates, in a choking 21st century world with better alternatives. I’ve gone along with refusing to invest in trains in favor of roads, and then refusing to invest even in roads. I turn a blind eye to our degraded airports, bus terminals and bridges, because I don’t want to cause a scene. I let the impoverished Southern states stifle unions, yanking the northern working wages down, down, down. I’ve listened politely to lectures about creationism instead of evolution and how we can take what we want out of the earth because soon the rapture will come and we’ll all be dead. I’ve supported abstinence instead of sex ed so I could possibly get marriage equality in exchange. I nod and encourage bootstraps instead of collaboration. I’ve apologized for acting like I don’t respect their values, their way of life. But, fundamentally, the worst compromise I’ve made is to stipulate that taxes are bad and avoidable, rather than the fees we must pay for a vibrant country. I did these things because I’ve been afraid of the cascading waterfalls of ridicule that destroy people who stand up for peace, collaboration and public investment.

A quarter of Americans would like to secede. This article quotes several Southerners, each of whom are on government disability, who assert with confidence that their states could go it alone. Maybe we should let them. Below is a map of what the Northern States of America and the Southern States of America could look like. Be forewarned though: currently, the Northern States are supporting the Southern States. The Northern States paid 64% of America’s 2013 tax revenues, but received only 52% of the tax revenues back, while the South contributed only 36% and received 48% in return. Northern states received, on average, 94 cents for every dollar they contributed to the Federal government, while Southern states received $1.48 for every dollar they contributed[1]. That means the Southern States – so hostile, so unfaithful, always believing there is another mate around the corner, who won’t make them compromise, examine their feelings or commit – will be much poorer. So, maybe it’s time for the Northerners to strike out – join a gym, get our hair did and declare our independence. Maybe our Southern spouse will learn to appreciate us or at least support itself. 1.  Federal Taxation and Spending by State  ↑