The United States of Urbanistan 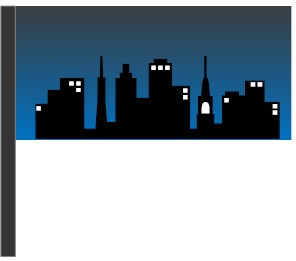 It may be time for big states and cities to secede. Small states get – per person – more government aid and votes in Congress; they drive the debate; they keep us from living like the smart, forward-moving urbanites we are; and when they don’t get their way, they throw a fit. Every time I turn on the TV, another small state has an interest group circulating secession petitions.  They do it because it works. Alaska gets more federal a

id than any other state. Texas pushes and pulls the entire country in every way it wants.
It’s time for us to punch back. We earn the money, pay the taxes, drive the culture. But, we still have to argue about prayer in school. Enough. It’s time we had our own diva moment and pitched a tantrum.
Let’s Secede and form the United States of Urbanistan!

We’ll take our factories, financial services and banks, law firms and accountants, movie studios, ad agencies, our restaurants and clubs, our enormous parks and theater districts, our artists, writers and models, and our Jews and gays and hit the road. We’ll just see how much the prairie states like the films of Alabama – what they lack in plot they’ll make up for in rage. Mississippi can pay for its own Medicaid. North Dakota better watch its back from the suddenly rapacious oil barons of Canada. Missouri can keep Branson; we’ll take Broadway.

Those of us in the newly created nation of URBANISTAN can pool our cash and buy things we actually want: livable teacher salaries, school repair, modern textbooks; subways and high speed trains; solar and wind power stations; collective bargaining, affordable universities; stem cell research; universal child care; sex education, free birth control, Medicare for all, clean power, safer mines, real anti-monopoly laws and a meaningful safety net. Marriage equality will get done on day two.  Of course, we’ll need a military and let’s be honest, kids from the cities don’t typically make up the bulk of military volunteers. We will need to adopt a required period of national service.

Urbanistan won’t be trouble free.  We won’t be sharing property or distributing wealth. After all, most of us love free enterprise and like material comforts and even toys. Everyone will be expected to work. But, we will take care of those unlucky souls who can’t work without bitterness.  We will fight with each other over power and money. But, we’ll have laws and working courts and legal representation for people at every level. We will support functional government. We will live in an imperfect, reality-based world. It won’t be utopia, but right now it sounds like heaven.