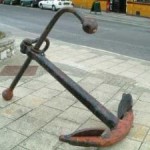 The mean girl Delta Gamma president got attacked and kicked out of DG because of her language and tone – she should have been kicked out because of her content. Read the email again or better yet watch Michael Shannon’s dramatic reading. Notice that Mean Girl was telling her sorority sisters to disregard what they really wanted to do and instead entertain the fraternity guys; talk to them, listen to them, drink their beer. Don’t talk about boyfriends from another house, don’t get too embedded in conversation with anyone else. Look alive, be attractive, bat your eyes and make the frat guys happy they chose you. That DG president could be the madame in a whorehouse or the manager of a flock of Geishas in a okiya. But, what she isn’t, in spite of her language, was a modern woman leading other modern women. I was in a sorority. I would have been the first to be asked to stay home from the fraternity party, but I would have been thrilled. Fraternity parties were dull events with cheap beer, clogged sinks and conversational death.  Attendance was mandatory, and we were told not to cluster. Our chapter measured our success based on how many good fraternities wanted to pair with us for major events, a slippery yardstick.

But that was 20 years ago. Sadly, it seems that Greek culture still trades on a currency of sexual attractiveness, adoring looks, tossed hair and hangovers – a culture that ought to have died a long time ago.  Sororities still produce women for the world – if the training ground is obedience and subservience to men’s entertainment, exactly how much leaning in and ceiling splitting are women going to do?  If Delta Gamma, or any sorority, shapes modern women, then why aren’t they denouncing more than the profane tirade? Because that’s just another old timey attack on unladylike behavior. Instead, how about promoting a culture where kids get to skip the parties to work in the lab, intern on campaigns, chase down stories, rehearse a play, perform with their band or polish their business plan. How about creating a culture where women get to be something so much more than just junior Nancy Reagans hanging on every word of dopey guys at keggers.