Ten Reasons Why You Should Oppose the Comcast Merger 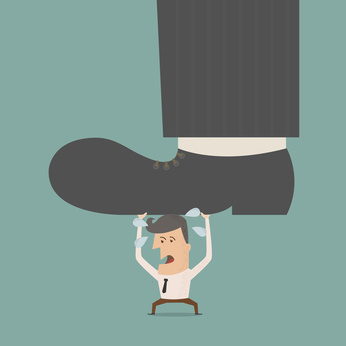 The proposed Comcast / Time Warner merger tells the story of everything that is wrong with business and government in this country today. It’s a great example of what happens when you let big business run amok and allow lobbyists to run the government.

Now, don’t get me wrong, I would absolutely hate it if this merger goes through, but that’s not going to happen. It’s not going to happen because you and I are going to stop it. We can and we must! As consumers and citizens, we all have the responsibility to actively oppose the Comcast / Time Warner merger. Allowing this monstrosity to go forward will spell disaster for everyone in America, and here are ten reasons why:

1. They both already suck.

Comcast and Time Warner have the distinction of being the lowest ranked cable companies in the United States. They are also reliable stalwarts in Consumerist.com’s yearly contest “Worst Company in the World.”

[quote]…if you sort all of the companies ranked by the American Customer Satisfaction Index in 2013, Comcast is represented twice in the bottom 10; once for its Internet service (the lowest rank of all companies in that sector) and then again for its subscription TV service (the second worst in that group of companies).[/quote]

2. They admit they are too big to give good service.

Comcast’s CEO, Brian Roberts, was asked why Comcast is always at the bottom of the pile for customer service, and he essentially said that Comcast just gets so many calls, it’s hard to keep up.

[quote]What unfortunately happens is we have about… 350 million interactions with consumers a year, between phone calls and truck calls. It may be over 400 million, and that doesn’t count any online interactions which are over, I think, a billion. You get one-tenth of one-percent bad experience, that’s a lot of people — unacceptable. We have to be the best service provider or in the end, this company won’t be what I want it to be.1[/quote]

Putting two horrible companies together is a recipe for disaster. It’s just common sense. Merging bad service with worse service leads to terrible service. If Comcast alone can’t respond to the volume of customer requests, how could adding even more users possibly lead to anything but the worst service imaginable.

4. Comcast and Time Warner are trying to avoid having to be a good company by just becoming a huge company.

Right now, Comcast and Time Warner are often the sole internet and cable providers in a given area. If you want cable TV or Internet service, you have to pick them. And, because they’re your only option, and you can’t fire them, they don’t have to be good. They just have to exist. There is no urgency for them to improve the speed of their internet connections, the cost of their services or the pleasantness of their operators (who, incidentally, are standing by to truly annoy you). This is capitalism run amok. This is the reason anti-monopoly laws exist. When there is no competition, the market is unable to function because there is no market.

5. We are already lagging behind the rest of the world in internet service – this will set us even further back.

Without competition or government intervention, there is no incentive to build out more networks or expand wires and pipes. US cable and Internet carriers currently have no reason to upgrade or improve their networks. As a result, you get internet service that is 1/3 the speed at three times the cost compared to other developed nations. The lack of competition isn’t just embarrassing, it’s hurting our economy and preventing the market from doing its job.

Susan Crawford, the expert in broadband networks and professor at the Benjamin N. Cardozo School of Law, says we either need to get the government to intervene or build local broadband networks. But here’s the scary part – Comcast and Time Warner have teamed up to pass laws to make it illegal for towns to support competing internet service. They’ve succeeded in South Carolina, Georgia and Minnesota, where, since 2012, it is illegal for a township to support a competing internet provider. And bills like this are popping up in states like Kansas, Colorado, Texas and Washington.

Mergers are usually losers. They’re bad for the acquiring entity (and its shareholders). But, mergers are worst for consumers. It takes time, effort and resources for one huge company to absorb another. The time spent trying to make things run smoothly on the inside is time wasted. It’s time that should be dedicated to innovation, modernization, and improving the consumer experience, but instead, time and money are spent avoiding these things. Mergers are a way of avoiding innovation and modernization by simply taking more and more of the market share, thus eliminating competition altogether.

The bottom line is that stripping the American Internet market from competition will absolutely  mean higher charges and slower speeds. That will drain your life of wasted time and wasted cash.

Nearly everything we do today depends on access to the Internet. Our Internet suppliers cannot  be allowed to get so big that their failure would pull us down with it. Therefore, we must install safeguards that keep companies from getting “too big to fail.” We saw this happen with the banks in 2008, and it could happen again with Comcast if we’re not careful

10. It will destroy the Internet as we know it.

According to this article on technologyreview.com, “The result [of the proposed merger] might feel just like the Internet – but it won’t be the Internet.” Allowing the Comcast / Time Warner merger to go through will mean that we will no longer be in control over anything. We will have no choice over our provider, no say in what content will be accessible, and we’ll be paying higher prices for slower, less reliable services than the rest of the world.

Call the FTC and the FCC to actively voice your opposition to this merger. We need to make our voices heard in the Capitol. This is our chance to demand that the people we hire and pay in DC actually represent us, and what’s best for us, not what is best for Big Business.

You and I are going to kill the Comcast / Time Warner merger, because we can and we must.

Bonus Reason #11: It would undermine the ideals of net neutrality.

Net neutrality is essentially the idea that all web-based content should be equally available to everyone. This means that you should be able to stream content from Amazon at the exact same speed as from Netflix, Hulu, or Vudu without having to pay extra, and without any of those companies having to pay extra to get an increased allocation of bandwidth for their services. The Internet should be neutral. If the Comcast merger goes through, they will be able to control all the information that flows through its pipeline. If that happens, it could (and probably would) limit access to these services and give preferential treatment to its own video streaming services like Streampix.2