The Trouble with Hillary 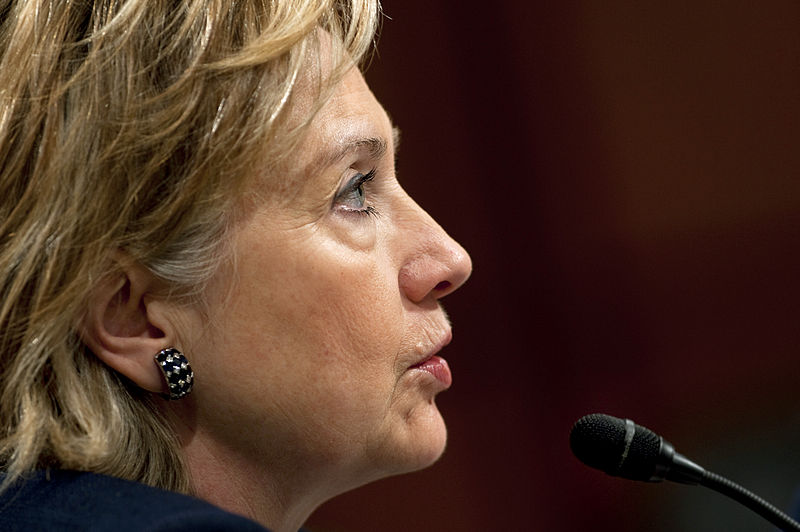 I want to love Hillary Clinton. I want to get excited, write a big check and post a sign, but I just can’t yet. The email episode brings the problem into sharp focus. There is just so much drama that could be avoided if the Clintons made more transparent and less magisterial decisions. We’ve just experienced a cool, calm leader who almost never walked himself into a scandal. No affairs, no relapsing-remitting law firm billing records, no firing sprees, no $100,000 haircuts, no questionable payments, no purloined gifts, no spilled seed. The Republicans beat and bloodied him anyway.

The difference is that President Obama never did anything to help the Republicans beat and bloody. If anything, his contribution was to fail to fight, but he never did something that made you wonder about any personal moral failings that could divert his attention and energy from the job of being president. I just can’t say the same for the Clintons.

Republicans are crowing that Secretary Clinton used a personal email address on a file server located at her house. This was an odd choice, but explainable, until you get to the part of the story where she discarded some of the emails she deemed personal. So, here we are, back in the Clinton Scandal Loop – that exhausting never-ending journey where we miss talking about important things while we try to figure out this family. In the end, all of the Clinton scandals are the same equation: one of the Clintons does something that looks odd or craven or outside the rules (i.e. using a personal email for State affairs, investing in a shady real estate deal, taking your billing records away from your law firm). Conservatives scavenging for scandals find the one odd act and pounce. The Clintons then do something to shield themselves from the fallout, insisting on trust, but avoiding transparency: like wagging your finger at the camera (I bought it), cordoning off Vince Foster’s office, deleting personal emails from the server that held your official emails… These acts help the skeptic find corruption where probably none exists. I can understand why a family hunted for decades would run from sunlight – I’m just not excited about joining them again in the shadows.

The Clinton Scandal Loop eats away at time and air needed to tackle real problems, all of which would be worth it if Hillary Clinton was an actual liberal, not just on social issues, but on the more important economic issues. When her husband dismantled the banking and telecommunications regulatory regimes, he taught us that sociopathic neoliberalism was the governing ideology of America guiding both parties (surely the most damaging American idea of the last 100 years).

Frankly, I have no idea where Secretary Clinton stands on trade, labor and taxes. I did read this morning that in 2008, she supported killing the carried interest loophole for hedge fund managers, which is an excellent sign. We know Hillary Clinton is hawkish, we know she wants to help women and girls, but we also know she served on the board of Walmart, solicited funds for US programs from big companies at State and makes peace with people I’d really like her to fight, like Rupert Murdoch.

In spite of the fact that we’ve known HRC for over two decades, I don’t really know her. I know her haircuts, but not her heart. So, I’m having a hard time getting ready for Hillary. I know what I want, I just don’t know if she is it. I want a leader who will launch a Rooseveltian war on the royalists; who will break up the Goliaths so that the Davids have a chance to create and earn and fight. I want a leader who will go toe-to-toe with big oil and big coal to avoid our looming self-immolation. I want a leader who fights the conservative crazies to break gridlock, not try to broker a peace that will never be at hand. I want a leader who understands that the country is ready to fight for people, not profits. If HRC is that leader, then all of the drama that comes with the Clintons would be worth it. We could re-learn to ride astride the scandal waves. But, I can’t get excited for both the scandals and the disappointment of another champion for Goliath dressed as a warrior for the people. Our nation won’t stand.